Experienced gardeners know how difficult it is to get moles out of their garden. In most cases, these animals survive deliberate flooding and smoke of their tunnels, poisoning attempts, installation of cans on sticks and so on. This is due to their vitality, they have twice as much blood in the body and twice as much hemoglobin in it than any other mammals, which allows moles to breathe such air from which a person would die. Therefore, to combat them, it is rational to use the most modern technical means sonic mole repellers.
One can find skeptical reviews on the Internet about the effectiveness of such devices, but we will only point out that in most cases dissatisfied customers simply used ultrasonic mole repellers incorrectly, because it is important to take into account several nuances that will be described below.
There are two categories of mole frightening factors:

Popular solar-powered sonic mole repeller models have a mechanism inside the case that creates vibrations. The frequency and strength indicators of such vibrations are selected so that the vibrations spread well in the soil, and more importantly, they affect the animals nervous system. By installing a vibrational mole repeller on your site, you create a stable stressful situation for moles, they constantly think that the habitable place has become unsafe.

Most successful acoustic mole repeller models are equipped with a low-frequency speaker – a buzzer. It generates sound signals with a frequency of 300 to 1,000 hertz. Such acoustic waves pass well through the device case and effectively spread through the upper layers of the soil. Acoustic repeller models ultimately frighten animals by creating micro-vibrations of the soil.

How to choose sonic mole repeller?

When buying sonic mole repellers you should keep in mind the following things:

The basic criterion on which the emotionality of reviews about mole repellers on the Internet most often depends.

Repellers with metal case are more durable then plastic devices.

All models have a battery compartment, most often they are elements of the D / AAA / R20 / LR20 format. There are also models equipped with a solar panel, which are more expensive.

There are models with built-in function of a night lamp which will be useful on a decorative lawns.

And of course, you need to pay attention to the type of action that the device creates. The best sonic mole repellers use both sound signals and waves to repel moles.
Note that no repeller will provide lightning-fast disappearance of moles – the process can take up to one month.

What is the best sonic mole repeller on the market? 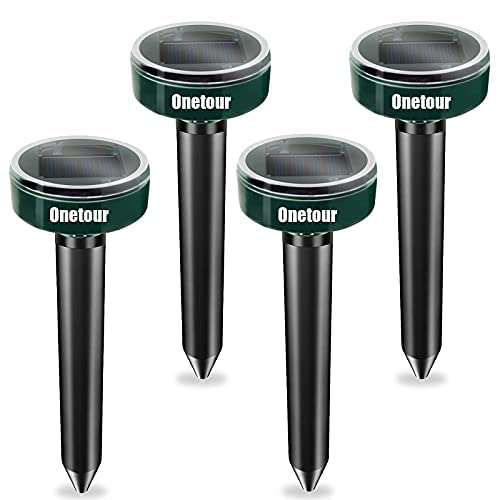 Average calculated Customer Satisfaction and Product Selling Score for this product is 9.54, which is near to the very maximum of 10 points.
Main features of Petoor Pack of 4 Solar Mole Repellent Sonic Gopher Repellent Vole Chaser Mole Deterrent Sonic … published by seller are:

Petoor Pack of 4 Solar Mole Repellent Sonic Gopher Repellent Vole Chaser Mole Deterrent is the only product in the list sold by Petoor. 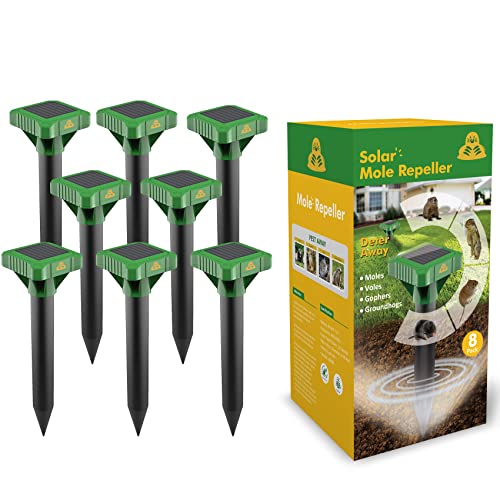 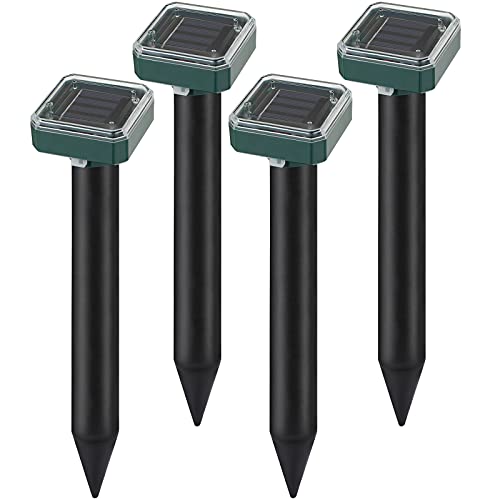